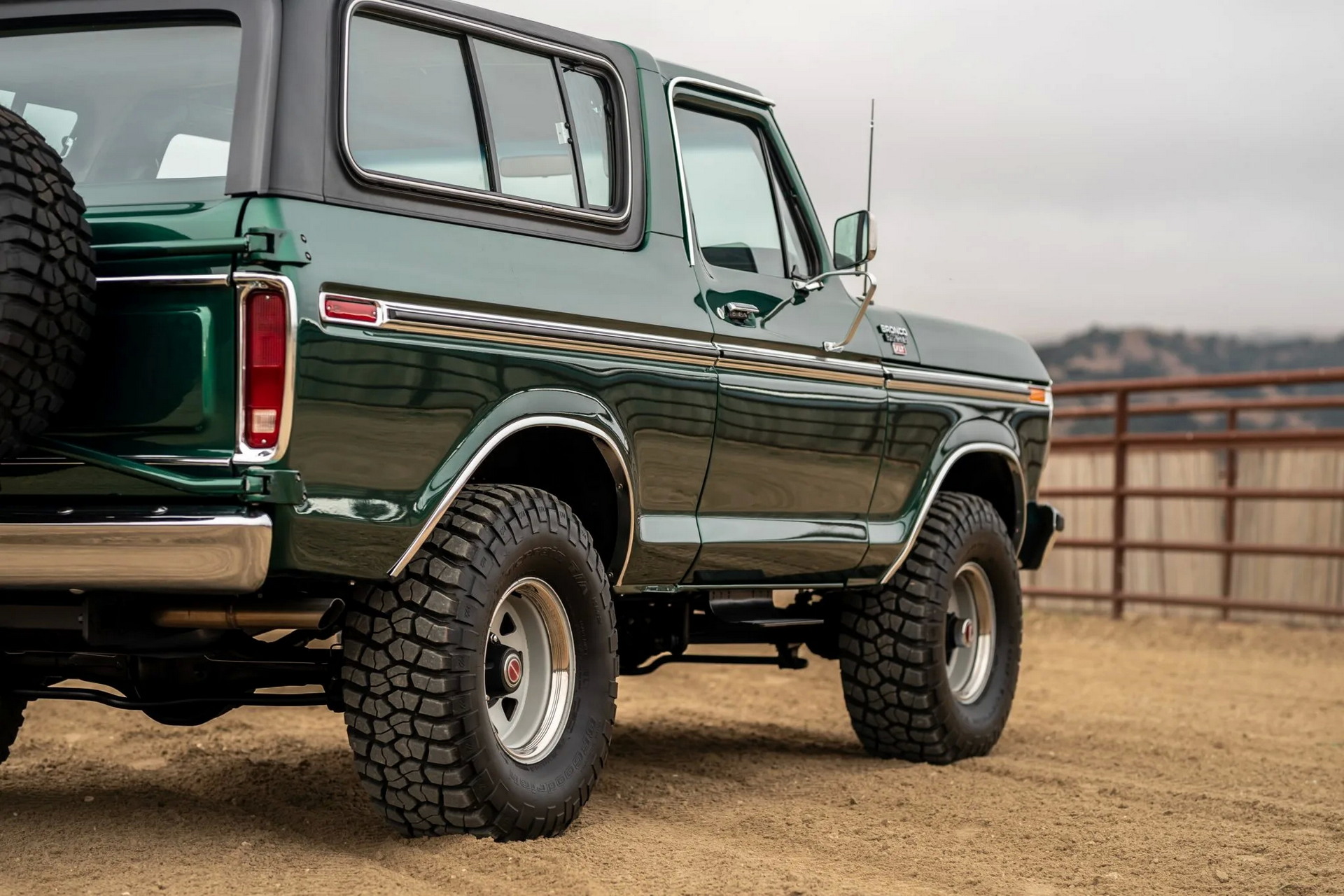 The new Bronco is a smash hit in just about every way. Dealers can’t seem to keep them on lots and Ford is struggling to build them quickly enough. Now, one very clean and classic 1974 example has come up for sale and it has one thing that you can’t get in a new Bronco no matter how much you pay Ford: a Coyote V8.

While the auction doesn’t provide a horsepower rating of any kind, we do know that a Gen 3 5.0-liter Coyote crate engine direct from Ford is rated at 460 hp (343 kW). That’s a considerable step up from the 175 hp (130 kW) developed by the previous engine that was in this big SUV.

That size is another benefit for someone who wants to haul a bunch of gear in their new Bronco. Based on the Ford F100, this Bronco Ranger XLT has a pair of bucket seats in the front, a bench seat in the back, and a cargo space behind that. Somehow, it looks almost as good as the day that it came off of the production line too.

Refurbished between 2019 and 2020, this example uses a six-speed automatic and an Atlas dual-range transfer case to send power to all four wheels. They’re complemented by Fox shocks, Wilwood disc brakes, and a 9-inch rear end, while the 15-inch classic wheels are wrapped with 33-inch BFG KM2 Mud-Terrain tires.

Interestingly, this exact same Bronco sold on Bring a Trailer just over one year ago for $213,000. Back then it had just 2,500 miles on the odometer since its refurbishment so it’s only traveled some 700 miles over that time span. Before that 2021 sale, it was featured (though not sold) on the same site back in 2016. At that time it had a 351M V8 under the hood and 98,000 miles on the clock.

Right now it’s been bid up to $84,000, which is unquestionably expensive but it’s also a far cry from its price tag last year. It might not be shaped just like the new Bronco or the classic first-generation SUV but that might make this restomod even more desirable.